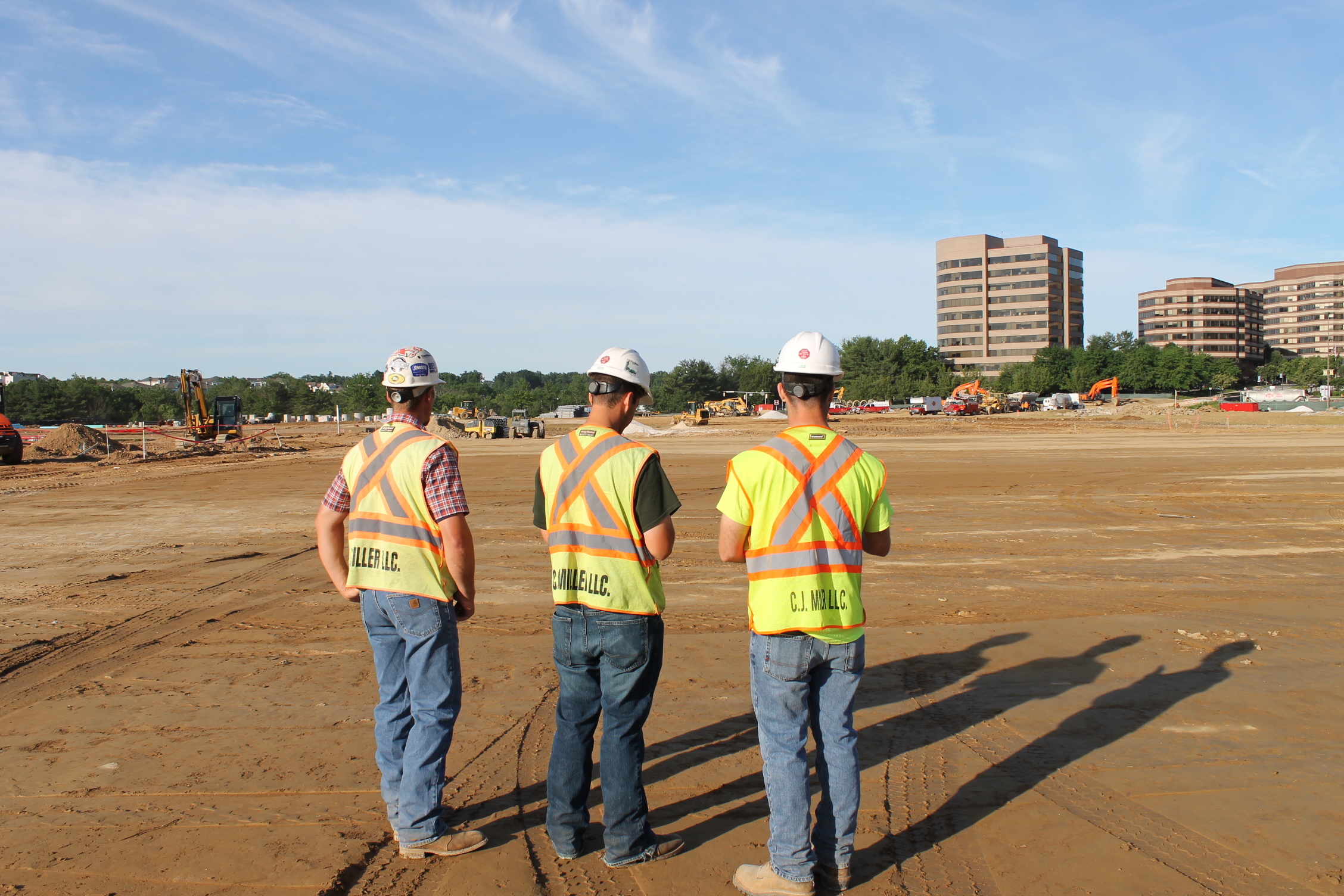 CJ Miller LLC is helping to transform the site of the former Owings Mills Mall in Baltimore County into the Mill Station Development – a 21-st Century retail and restaurant destination anchored by Costco and Lowe’s Home Improvement. CJ Miller worked through one of the wettest summers on record to perform the initial phase of mass grading, installation of utilities, masonry, and paving at the 54-acre site. Despite the season’s unprecedented challenges, Costco was able to celebrate its grand opening with only a minor delay and Lowe’s, which will have a 21,587-square-foot garden center, is scheduled to open in January of 2019.
The Mill Station Project, which will include secondary anchors such as Marshall’s, is slated to be completed in the summer of 2019.