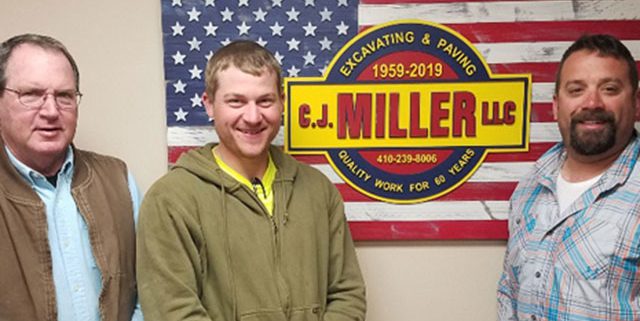 In March of this year, CJ Miller employee Jesse Moe, an equipment operator and member of our soil reclamation team, was traveling from Westminster back to our Hampstead shop on Md 27, when he spotted debris flying through the air. He quickly realized an accident between a pick-up truck and SUV had just taken place. Jesse turned on the flashing yellow lights of his CJM vehicle and dialed 911 as he approached.

Multiple witnesses were on the scene trying to help. After checking to make sure the occupants of the vehicles seemed stable, Jesse began to direct traffic. Authorities quickly arrived on the scene from the Manchester Fire Department and the Maryland State Police and took control of the scene.

For his stepping in and selflessly offering assistance, Jesse was awarded a CJ Miller safety sticker.